In Saudi Arabia, privatizations and upgrading of flour milling plants strengthen the country’s expansion policy in the production and processing of cereals. OCRIM has been awarded the contract from the MC2 company (Second Milling Company) for the upgrading and revamping of C Mill in Riyadh. This confirms the important over 40-years-long relationship.

3 Years Ago The Re-organization of State-Owned Plants 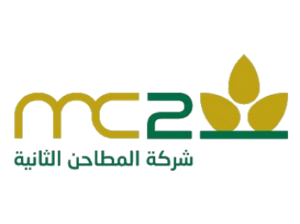 On November 9th, 2015 The Saudi Council of Ministers approved the establishment of four milling companies and restructuring the Grain Silos and Flour Mills Organization (GSFMO) under a new name, Saudi Grains Organization (SAGO). The GSFMO’s nine mills are distributed among the four new entities that depend on SAGO. The four milling companies, that have a combined daily milling capacity of 15.150 tonnes of wheat, are located in four Country’s regions: First Mills Company in Jeddah, Second Mills Company in Riyadh, Third Mills Company in Khamis Mushit and Fourth Mill Company in Dammam. The tender, won by OCRIM, concerns MC2 company (Riyadh), whose industrial facility was partly realized by OCRIM at the end of the ’60s with the “turnkey” formula. It includes a grain silo, a feed mill and three milling lines, A Mill (480 t / 24 hours) and B Mill (480 T / 24 hours) for processing hard wheat and C Mill (400 t / 24 hours) for processing both soft and hard wheat. The upgrading and the revamping work, which is the subject of the contract, involves this last milling line, which previously was carried out by a competitor.

Revamping And Upgrading work Made By OCRIM 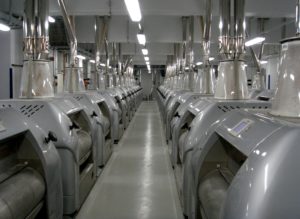 Only the upgrading and revamping of the C Mill (the project considers the increase of the mill’s daily capacity from 400 to 520 tonnes) is missing to complete the ambitious global revamping project decided by MC2 company. Previously OCRIM has carried out the same project for A Mill and B Mill, increasing them to 480 t/24 hours. The project for C Mill considers not only the realization of the new technological diagram and redesign of the entire facility, but also the supply of all the machines and accessories necessary for the upgrade and revamping of the flour milling plant. The scope of supply also includes the electrical system, the automation system and the supervision services for installation, start-up and commissioning. OCRIM, thanks to the trust and respect placed by the customer, confirms its dedication, begun in 1975, towards a country in continuous expansion such as Saudi Arabia.