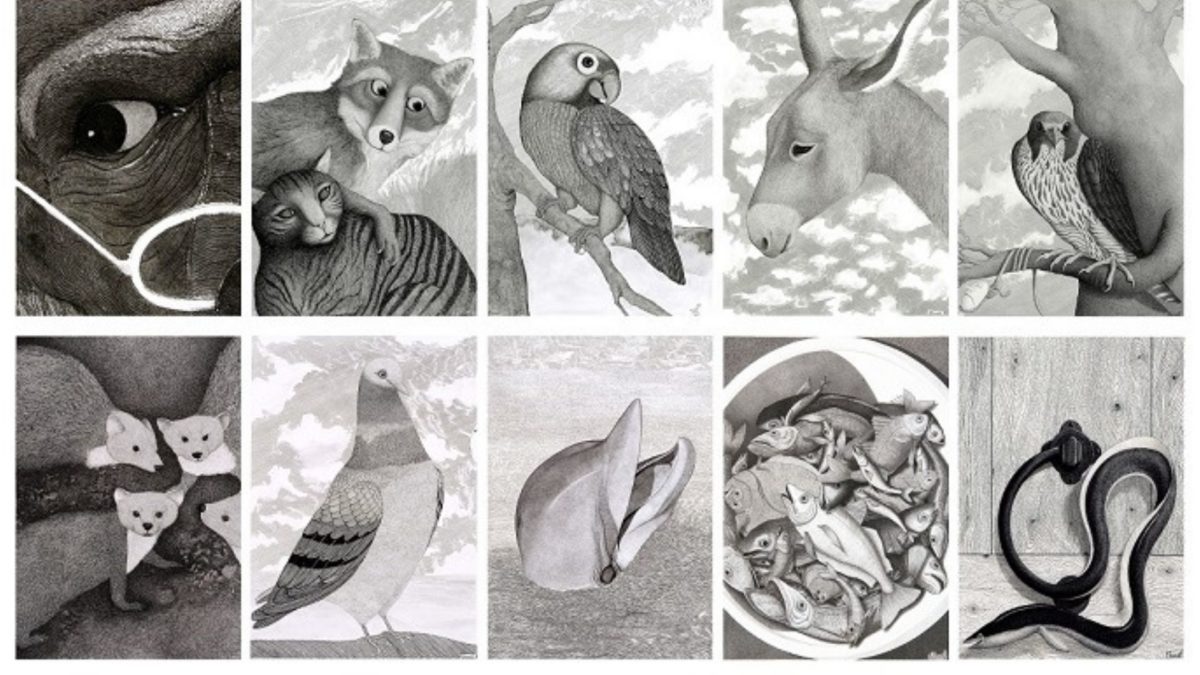 PINOCCHIO’S ARK ON SHOW AT THE AUGEO ART SPACE

An unusual exhibition entitled “Pinocchio’s ark”, exhibited for the first time in a non-museum space, was inaugurated on last Saturday. There are 35 portraits of the animals that meet Pinocchio during his adventures. The artist Filippo Sassòli drew them just as Carlo Collodi had described them in the first edition of the novel, in 1883. The exhibition will be open until 6 July, at the AUGEO ART SPACE gallery of Rimini.

Back To The Origins of Pinocchio’s Animals

An interesting exhibition that enters the world of Pinocchio’s fairy tale and urges us to rummage through the memories of our childhood. What was my favorite animal? The talking cricket, the fox or the whale? The 35 animals portraits by the Roman artist, Filippo Sassòli, are the result of a research that led him to propose them just as they were outlined in the first edition of the book “The Adventures of Pinocchio. The story of an animated puppet” (1883). Thus, we realize that Carlo Collodi, the Italian author of the novel, has never dressed the talking cricket, the fox and the cat, the three doctors. That the poddle “Medoro” and the two mastiffs “Giandarmi” are the only animals that the writer has dressed, describing the clothing meticulously. And what can we say about the “Pinocchio’s whale”? it doesn’t exist. In the original story by Collodi it’s a dogfish that it’s described as being larger than a five- storey building. The Sassòli boards also let us discover minor and unnamed animals that had the role of extras, such as the white blackbird, a firefly, a chick or a beautiful marmot. The artist drew them in pen, with black ink, also spread with a brush, more or less diluted. “My Pinocchio is a noir. – Sassòli stated – Darkness, nocturnes, the deep shadows and the penumbra prevail. And then some glimpses of light, sometimes. With the choice of black and white that follow the writer’s drawing, I also wanted to emphasize the return to the origins”. A great opportunity to admire a sensitive artist who, with humility, has elaborated a surprising technique, suitable for turning in sign the poetry of text.

The modern spaces of the AUGEO ART SPACE gallery carry the “Sassòli’s animals” in a clever play of contrasts and lights that enhance their skilful black and white technique. Visitors will have the opportunity to admire the exhibition until 6 July. An event not to be missed that, as Sergio Antolini highlighted, founder of Augeo: “It’s a great privilege for Augeo and for the territory: this extraordinary exhibition is for the first time exposed in a non-museum space”. In fact, the Rimini edition will be followed by the Roman edition scheduled for the autumn, in the rooms of the Istituto Nazionale per la Grafica (National Institute for the Graphic Design), at the Trevi Fountain.

I AM TITANIUM. OCRIM PRESENTS ITS INNOVATIVE ROLLS